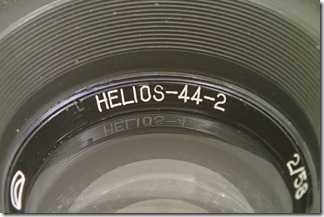 Initially, the Helios-44 was created on the basis of the Biotar 2/58 lens (Carl Zeiss Jena), and even at first it was called “BTK — – “BioTar Krasnogorsky”.
The Helios-44 of various modifications is one of the most popular lenses in the world. It was produced for about half a century in many varieties and variants at several factories in the USSR.

The first versions of this lens were in light cases for the Start bayonet and for the M39 thread for SLR cameras. For rangefinders, the 44s were not produced, but there was an opportunity to shoot through such a lens on some kind of Sharp-sighted. Read about this feature in the article about macro rings.

When modification to the M42 thread, first of all, with such a mount, those lenses that were already produced with the M39 thread began to be produced. The differences in the design were often minimal. The biggest visual difference was the color.

The lenses with the M42 mount have become black. The lenses were painted black so that the lens body did not reflect the light of the sky and did not blind the selenium exposure meter built into the camera.

Optics transferred from the M39 mount to the M42 began to be marked by adding the ending “-2″after the main numeric index.

So Helios-44, having switched to a new mount, became known as Helios-44-2.

The review presents a modification of the Helios-44-2 for the M42 mount, produced by the Minsk Mechanical Plant (MMZ).

This sample has a relatively rare color “Zebra”. The black paint on it is shiny like varnish, and on the focus ring there are sections of unpainted polished metal dotted in a circle.

A little later, the color of the 44-2 versions became simpler — matte and solid.

In the photo from left to right: 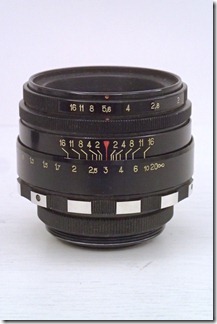 The ring closest to the camera is stationary. It serves to hold the lens while screwing and unscrewing from the camera.

A little further from the body is the focusing ring. The shape of the ring is very typical for that time — a hybrid of a nut and a gear.

It is this ring that has a specific color “Zebra”.
Thanks to the shape, it is convenient to use the ring, it is good that it is not located close to the camera, but the photo shows that the ring itself is much wider than the part of it that has a grooved knurling.

In practice, just the smooth part of the ring falls under the fingers, and you need to reach for the corrugation. It would be possible to make the grooved part a little wider.

The full stroke of the helicoid is long-under 280 degrees.

The aperture control is quite peculiar. The lens is equipped with an aperture preset ring.

This is the ring farthest from the camera. It rotates with a fixation on the values of the aperture. But the aperture itself does not change at the same time.

At Helios-44-2, the preset ring became a little wider and moved forward a little. Quite a bit, but just enough to make it much more convenient to use it.

The third ring from the camera is responsible for directly changing the aperture. With this ring, you can change the aperture value from f2 to the value that is set by the front ring of the preset.

The logic here is simple. First, we select the aperture at which we want to shoot. And we expose it with the front ring. Then we focus on the open aperture. Then, having caught the moment-without looking up from the eyepiece and without looking at the scales— we simply turn the ring all the way to the side of closing the diaphragm and press the trigger. 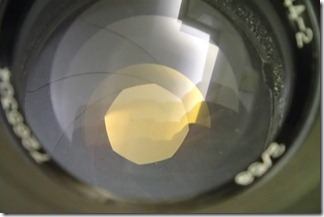 The petals of the diaphragm are black, matte. There are 8 of them. Let me remind you, just the 44th had 13(!!!). The number of petals has been greatly reduced and now they form quite distinct octagons.

This is still not bad. Later versions of the 44th will already have 6 petals…. 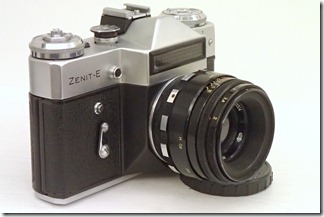 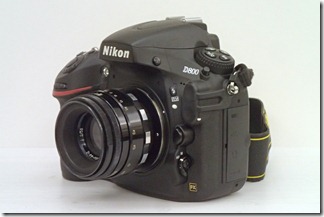 Helios-44-2 is a fast lens. Not prohibitively fast for such a phased array, but f2 is quite enough for 99% of subjects.

Is it worth buying a Helios-44-2 for a digital camera?

I really liked this lens, both during shooting and when viewing the results. This is despite the fact that I am not happy with lenses with a focal length of 50 mm.

In my opinion, the aperture control system implemented in version 44-2 (and in just 44) is the most convenient for use on digital cameras of all 44s.

I use such a simple technique:

1. I set the aperture closing limit, for example, to f5, 6;
2. I fully open the aperture and focus this way
3. I take a series of pictures in high-speed mode, while smoothly rolling the aperture.

Later, on the computer screen, you need to select the picture with the most successful focus.

It is clear that you want to get the strongest blur. But it often happens that the focus misses the key place in the picture.

The DOF at close distances at f2 is measured in centimeters. Either he blundered or the wind shook the flower. And now-the focus is no longer in the right place.

In this case, you can view images with a more pressed aperture. It may well be that the DOF, expanding, again captured the object we need in the picture.

I repeat, only Helios-44 has such a system for the M39 thread and Helios-44-2. Later versions have lost the ability to smoothly close the aperture.

As for me, it is quite possible to choose from these two options.

At the same time, the 44th has as many as 13 petals of the diaphragm. It’s also unusually shiny.

It is difficult to determine the year of release of such a lens and you can always tell your friends that it is assembled from German glasses, although this, of course, will not be true. :o)

But the M39 mount has its own specifics. Read about it in a special article. Everything will be fine at the portrait distance, but it will not always be possible to focus on distant objects.

Helios-44-2 does not have this disadvantage. It will be fine with focusing on infinity. This is not about Nikon. We Nikon owners — have other M42 mount issues.

The white aluminum body is highly susceptible to corrosion and white Helios with a neat appearance and well-preserved optics and mechanics are relatively infrequent.

And they will ask you for such a lens significantly more than for the 44-2 option. After all, you, moreover, do not have to look for a “Zebra”at all. Helios-44-2 with a classic color can be found for a thousand rubles.

In general, I would recommend Helios-44-2.

Later modifications of the 44s have a greater resolution, but this is not really necessary for a portrait. For me, Helios-44-2 has enough permission.

If you are interested in other modifications of Helios-44-follow the announcements.

Helios-44-2 is perfect for both a DSLR and a mirrorless camera. Both full frame and crop.

Read also my article about blurring the background with lenses.

The cheapest adapters are sold on Aliexpress.