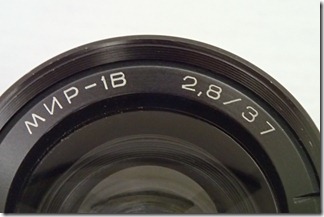 Mir-1 was developed at GOI in 1954 on the basis of the Flektogon optical scheme. At the same time, Mir-1 does not directly copy any foreign samples and is a domestic development.
In 1958, at the World Exhibition in Brussels, Mir-1 was present in a group of Soviet lenses that received the highest award, the Grand Prix.

Mir-1, apparently, was produced in the USSR in the greatest number of variations and modifications. This is not surprising, since the moderate wide-angle is the most useful focal length for the mainstream consumer.

Today we will look at an early version of this M42 threaded lens.

Mir-1 was not produced for rangefinder cameras. The first versions of this lens were for Zenith SLRs with M39 thread and 45.2 mm flange.

The designers quickly came to the conclusion that this type of attachment is futile and switched to the M42 mount with a flange distance of 45.5 mm. At the same time, first of all, all the previously existing optics were transferred to the new mount.

The lenses changed minimally, only the mount and body color. New versions of lenses have become black so as not to dazzle with the reflected light of the sun built-in exposure meters, which have begun to be widely used on new cameras.

There is an opinion, close to the official one, that “B” means “Vologda” [Вологда], since the production of Mirs was transferred to VOMZ, located in Vologda.

I don’t know any other versions. And this, of course, is possible. I will say, however, that I don’t remember any other examples when lenses were marked with letters according to the city of production, although there are many precedents for the production of identical lenses at different enterprises and in different cities of the USSR.

In addition, the emblems of the manufacturer were applied to all Soviet lenses. There is also a VOMZ emblem on Mir-1B. Stylized bow and arrow. Why duplicate the reference to the enterprise? 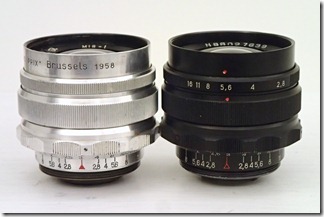 Mir-1B is very similar to its predecessor with M39 mount. The visual difference is only in color. 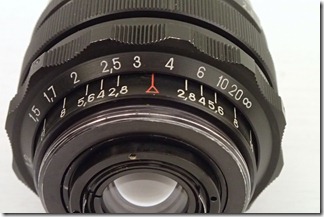 The ring closest to the camera body is responsible for focusing. The shape of the ring is very typical – a hybrid of a nut and a gear.
The ring is narrow enough and too close to the camera. But thanks to the form, it’s okay to use it.

The full stroke of the helicoid is long – at 280 degrees.

The lens is equipped with a preset aperture ring with a special ring.
This is the ring farthest from the camera. It rotates with a clear fixation at the aperture values. But the diaphragm itself does not change.

The middle ring is responsible for directly changing the diaphragm – the widest one. With this ring, you can change the aperture value from 2.8 to the value set by the front preset ring. 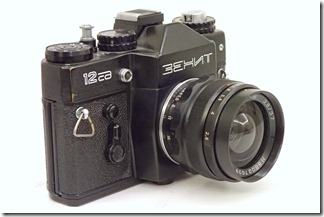 The procedure is simple. First, we choose the aperture we want to shoot with. And we expose it with the front ring. We then focus on the open aperture. And then, having caught the moment – without looking up from the eyepiece and not looking at the scales – just turn the middle ring all the way towards closing the diaphragm and press the trigger.
But at the same time, the middle ring, although it is provided with a risk that follows the aperture scale, but when moving the risks from a larger number of apertures to a smaller one – in fact, the diaphragm will close! And vice versa.

This is normal and nothing is broken. 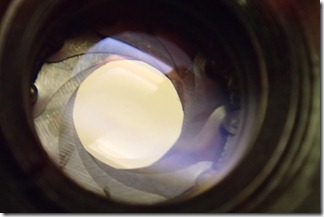 My specimen has 10 diaphragm petals. That’s a lot for a wide-angle. The petals are black matte. At all values, they form quite even circles. 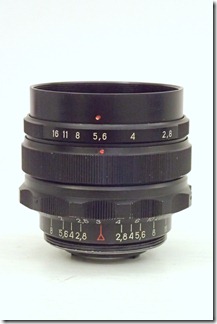 Mir-1B is not a very fast lens, but such aperture is more than enough for a wide-angle lens.

Is it worth buying Mir-1V for a digital camera?

In some cases, there is such a meaning. Adapters from M42 exist for all modern photo systems.

When used on a Mir-1B crop, you will get a good lens with an effective focal length of 50 mm. F2.8 is a bit dark, but not critical.

On a full frame, Mir-1B, perhaps, will not give any special advantages over modern lenses, even standard zooms at the wide end.
Although, there are also connoisseurs of the picture of the Mir-1!

The lens is one of the cheapest right now – worth trying just for the sake of curiosity.

For the owners of Nikon DSLRs a few words separately, and I have bad news….

As you know, lens adapters are available to compensate for the difference in focal lengths between the Nikon standard and the M42 mount while maintaining focus at infinity. 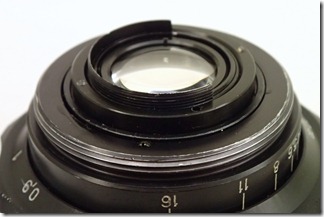 The peculiarity of Mir-1B is such that when the focus is near infinity, the frame of the rear lens of the objective begins to protrude beyond the rear cut of the thread and abuts against the lens of the adapter.

As a result, it is impossible to focus the lens at infinity. 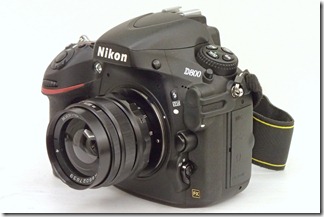 What does it mean? This means that owners of Nikon DSLRs, no matter whether the adapter has a lens or not, will not be able to focus on distant objects.

What’s the point in a wide-angle lens then?

As a result, if you have a Nikon DSLR and really want to try Mir-1 with infinity, then the only option is to find a version of Mir-1 with interchangeable shank A.
This, however, is a relatively rare model and it costs more. I will review such a lens in the near future.