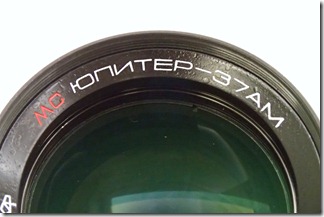 Jupiter-37A is a direct descendant of the Jupiter-11A 4/135 lens. It was created precisely as a modernization of the 11th.
Initially, the optical scheme was copied from the Carl Zeiss Sonnar 135 / 3.5.

Jupiter-37A was produced at the Kazan Optical and Mechanical Plant (KOMZ).

On the website of Georgy Abramov, KMZ is also listed among the manufacturers, but nowhere else is there information about this. There is no Jupiter-37 in the company’s lens catalog on the website zenitcamera.com.

Thus, Jupiter-11 was developed at KMZ, but its modernization to model 37 was carried out at another plant, at KOMZ. The result of the work was successful, the lens turned out to be excellent.

During this time, several versions of this lens have appeared. The differences between them are not very fundamental. 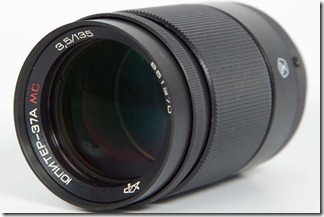 Versions with multilayer coating and single-layer are produced in parallel, and the MC version cost almost twice as much! 100 rubles against 55.

There is an opinion on the network that during the modernization, some of the metal parts inside were replaced with plastic, as a result of which the lens became a little lighter. The bundled hood has become longer. As for the rest, the difference is only visual – different colors of the paint with which the scales are applied on the case. 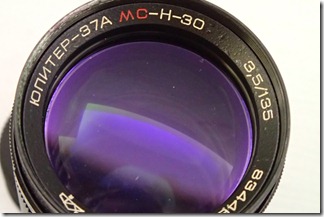 The Jupiter-37A MS-H-30 3.5 / 135 lens, which was produced only in 1983-1984, stands apart. This is a rare modification. The lens itself and what kind of marking it is, we will definitely discuss later. Today we are not talking about him. 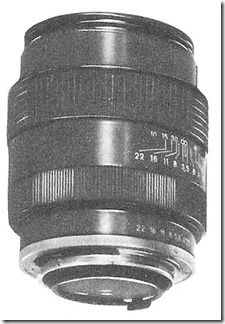 Well, and quite exotic MC Jupiter-37K 3.5 / 135, – a version with a K (pentax) mount, produced since 1985. A very rare option, I have never met. Photo from photohistory.ru. The photo shows that the lens is with a blinker and this is very interesting.
Until we move on to my specific copy, I will simply write Jupiter-37A, meaning all versions at once, except for the last two more exotic ones.

So, as follows from the letter A in the name, Jupiter-37A has a replaceable shank, which allows you to change the mount. Lenses with M42 thread were sold. It could be changed to M39, H bayonet and K bayonet.

The first and the last are now quite rare.

KП-A/39 was released a little, since the type of mount was already outdated by that time.

КП-А/К is a rarity, most likely because the transition to the K mount from the M42 thread can be done much more easily with the help of a simple adapter ring.

But КП-А/Н is a very common thing. This replacement tail can still be purchased new in a package. For Nikon DSLR owners, this is a balm for the soul.

Today in the review there will be a modification of the MC Jupiter-37AM of 1991 release with the number 916185.

The optical scheme of all variants of Jupiter-37A is the same: 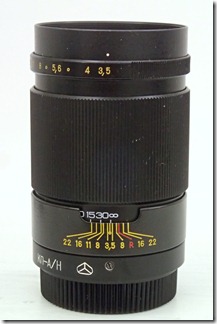 The build quality is excellent. Although the AM version, it seems, implies a reduction in the cost of construction, but this did not affect the quality in any way. All perfectly.

The ring closest to the camera body is responsible for focusing. The ring is very wide, more than 3.5 cm. It is covered with numerous thin ribs.
The entire Jupiter-37A series has a special feature. The paint on the edges of the focusing ring is very soft and chipping off at the slightest oversight, revealing a bright metal. Lenses that have been more or less heavily used look very shabby. Although, in fact, the lens is in good condition.

Aperture ring is placed near the end of the lens. Switching is stepless, which is very convenient. For example, if I want to get a strong blur, I take a series of shots, smoothly closing the aperture.

Later, looking at the pictures on a computer, you can choose the one with the maximum blur and exactly what you need in the RIP.

The lens is equipped with a preset aperture system. To use it, you need to close the aperture as much as possible, pull the ring back towards the camera, turn it to the required value and release it. After that, the stroke of the ring will be limited to the segment from the maximum open to the selected value.

This is very convenient because you can focus on the open one, and then in one motion, without looking, close the aperture as long as necessary. 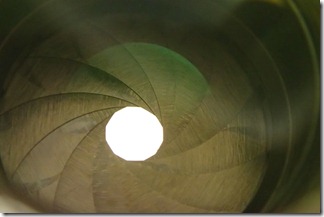 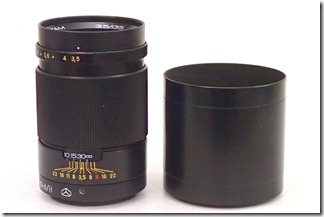 Jupiter-37A has twelve diaphragm blades. The petals always form an even circle. The coating, however, cannot be called matte.
A metal hood was included in the kit for MC Jupiter-37AM. Very deep and therefore cumbersome. To make the use of the hood more convenient, it is possible to screw it onto the lens the other way around. And you can even choose a front cover for such a situation. Although it seems to me that this particular cover is dear.
However, in the transport position, the hood covers the entire focusing ring and the lens cannot be used. For the Jupiter-37A version of the lens, not upgraded, without AM, as I understand it, the hood was shorter and left access to the focusing ring. 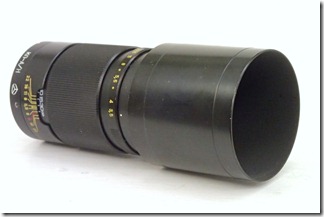 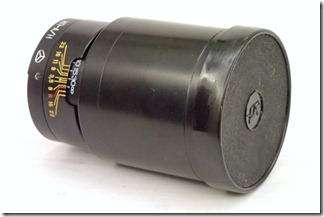 In this case, the hood, although good, is very troublesome with it. Like a suitcase without a handle. It is inconvenient to carry, it is a pity to throw.

Is it worth buying Jupiter-37A for a modern camera?

Yes, if you are interested in portrait photography, then it is definitely worth buying.

One exception, if you already have Jupiter-11 and it suits you, then switching to Jupiter-37A may not give you anything new. The 37th is considered better, but in reality the difference is not very great.

If you don’t have anything like that, it’s definitely worth purchasing. 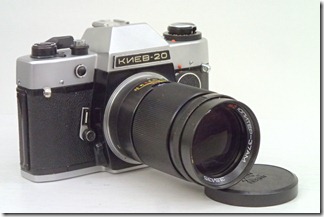 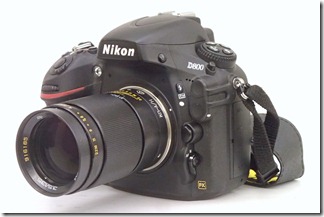 Jupiter-37A is a super-mass lens, and although it is sure to be included in any TOP-5 of the best Soviet portrait photographers, you can buy it very cheaply.

At the same time, there is no point in looking for versions of AM and even MC. Multilayer enlightenment gives an advantage over single layer is not always and not so grandiose. And the price for it is still a little more expensive.

Therefore, buy the simplest Jupiter-37A and you won’t lose anything, but you will get an excellent lens.

For Nikon DSLR owners, Jupiter-37A is generally a must have. The ability to install the native adapter КП-А/Н solves all problems with the focal length.

I liked the application of MC Jupiter-37AM very much.

You know, there are lenses, you shoot through it and you see, it’s just a good lens. No complaints. And there are ones that you like. Here is Jupiter-37A – I like it.

The lens gives a sharp, contrasting picture, and starting from the open aperture.

Personally, I like the blur pattern that Jupiter-37A gives.

Focusing the lens is comfortable. Hovering is quick and the focus is on the picture where you expect it.

In general, I advise.

Also read my article on blurring backgrounds with lenses.